The connection began with Gabe. 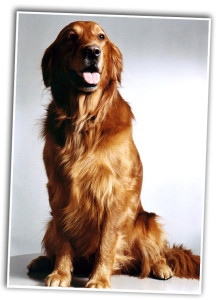 A year later, Gabe accompanied Rick to work – the same day he transported an 11-year-old-boy from his biological mother into foster care. Rick found that during this most traumatic of times, Gabe instinctively knew how to soothe the devastated child, and a seed was planted. Gabe became a Certified Therapy Dog, and continued to work his magic on a daily basis.

The Warrior Connection
When our troops began arriving home from the Iraq and Afghanistan conflicts with serious physical wounds and mental trauma, Rick became convinced that dogs could play a pivotal role in their healing.

In July 2008, Rick created the first Warrior dog-training program to provide a safe, effective, non-pharmaceutical intervention to help treat the symptoms of post-traumatic stress (PTS) and traumatic brain injury (TBI). The program, based at the Palo Alto VA’s Men’s Trauma Recovery Program in Menlo Park, CA evolved into a highly respected intervention. To date, thousands of Service Members and Veterans suffering from symptoms of combat stress have participated.

The Program Expands
Rick was asked in 2009 to establish the Warrior dog-training program at Walter Reed Army Medical Center’s Warrior Transition Brigade (WTB) in Washington, D.C. In October of 2010, he and the program were invited to be part of the PTSD and TBI research, treatment, and education mission at the new National Intrepid Center of Excellence (NICoE), in Bethesda, MD – located at what is now the Walter Reed National Military Medical Center.

In 2011, Warrior Canine Connection was founded to expand the availability of this therapeutic service dog-training program to DoD and VA medical treatment facilities throughout the country, and to conduct research to establish this model as an evidence-based therapy for PTS and TBI. Read more about this research.