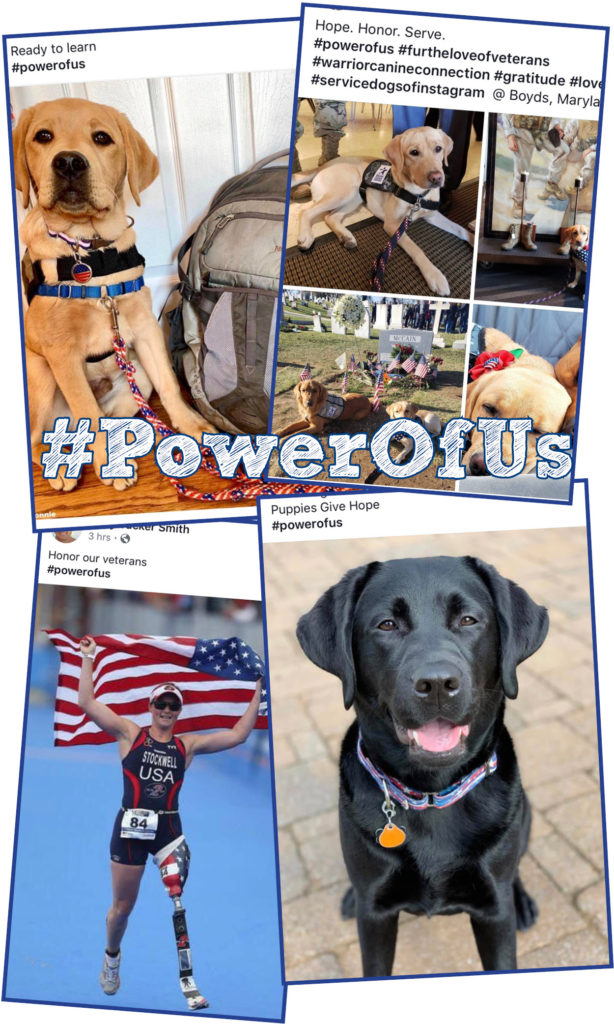 Those were just a few of the more than 700 submissions of posts and photos shared through Boehringer Ingelheim Cares Foundation’s (BI Cares) “Power of Us” social media campaign. In May, BI Cares donated $50,000 to Warrior Canine Connection through the campaign.

A nonprofit created to improve the health and lives of people and animals, BI Cares encouraged the public to post what the “Power of Us” meant to them by sharing a meaningful or inspirational photo and a few words on social media. Spread over Facebook, Twitter and Instagram, the campaign resulted in more than 700 posts utilizing the campaign hashtag, #PowerOfUs. BI Cares provided a monetary donation for each post for a grand total of $50,000 to WCC.

“BI Cares is an amazing supporter that is making a real difference in the lives of our Veterans and their beloved service dogs who support them,” said Rick Yount, executive director and founder, Warrior Canine Connection. “The Foundation has demonstrated a true commitment to not only improving human and animal health but also to a culture of giving back, and we are immensely thankful for their support.”

As you can see from some of the screenshots, the outpouring was overwhelming; posts included photos of Veterans with their dogs, people with their pets and, of course, WCC supporters and volunteers from all over the country.

“Part of what drives Boehringer Ingelheim Cares Foundation is the belief that people and animals share a fundamental bond — a bond that inspires passion, companionship and a meaningful connection,” said Karen Iannella, president, Boehringer Ingelheim Cares Foundation. “To demonstrate our commitment to this bond, we chose to partner with Warrior Canine Connection, whose work aligns with our mission to improve the health and lives of people and animals.”

Visit @BoehringerIngelheim on Facebook or use #PowerOfUs to see the complete campaign photos and posts.